The Ashgrovian House Next Door 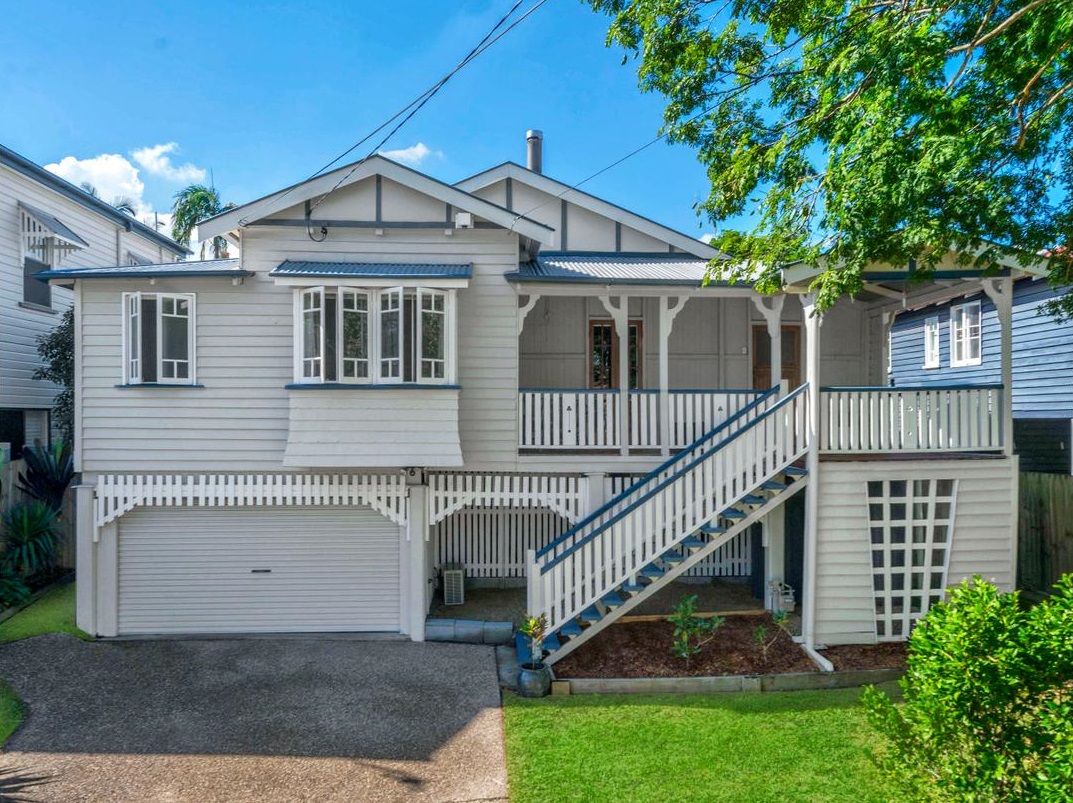 I’ve been thinking a lot lately about our old lives when we were living in Ashgrove.  We were in our 20s, just married with no kids and we moved to Ashgrove on a bit of a whim.  We had been renting a very old (and very gross) cottage in Spring Hill and just before we got married we received a notification from the real estate agent that we were being evicted!  Not because we were bad tenants (phew), but because the owner wanted to demolish the cottage and build a three story home in its place.  Side note, the house was demolished shortly after we left, however, it is still an empty block of land overgrown with grass and weeds.  After receiving the notification from the real estate agent, we were freaking out a little (well I was) because we were to move out around the same time that we were getting married.  It was too much stress all at once and we really had no idea where to look for our next home.  We were paying dirt cheap rent ($165 / week!) and we wanted to find something that wasn’t too much more than that and was still close to the city.We looked at a few homes in Kedron but didn’t find anything that we liked that was in our price range.  Then we stumbled across a little Queenslander in Ashgrove.  Not an Ashgrovian, but just a standard little Queenslander that was two rooms across and three rooms deep.  It was very small and very old and completely unrenovated.  In a bout of nostalgia, I’ve jumped onto Google Maps to find it and here it is.  Just behind the mango tree is the home that we lived in for almost four years. 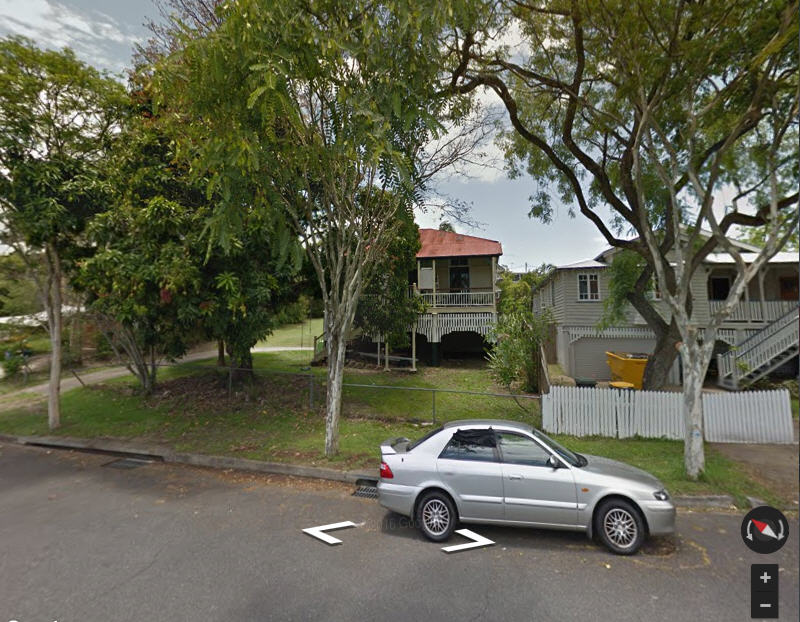 Sadly, this home doesn’t exist anymore.  Now despite all indications to the contrary, today’s post is not about our little Queenslander in Ashgrove.  It’s about the Ashgrovian house next door.  The house next door that I adored when we were living here.  This is the reason why. 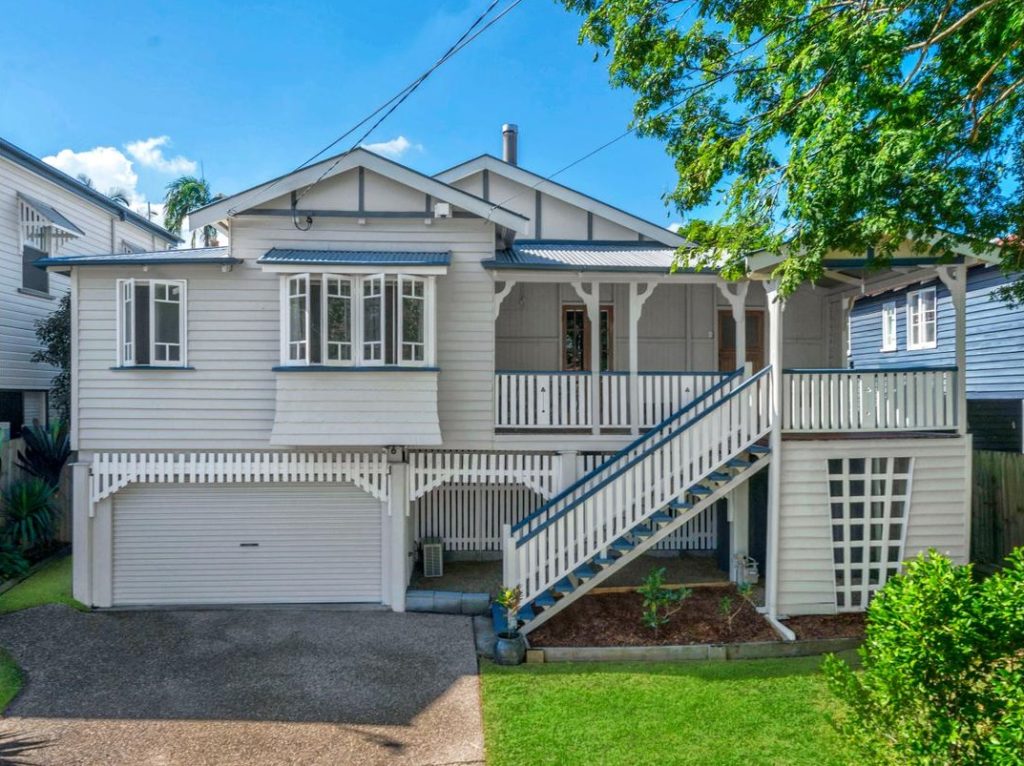 Normally I end a post with the floor plan, but I think it is probably better to start with it.  Obviously, we when lived next door we didn’t get to peek inside so we had no idea what the inside was like.  But now thanks to the power of the internet, we can see the layout of the home.  To me, it looks like the interior floor plan has been modified from what would have been there originally and it is a little out of whack.  Personally, I don’t like this layout because the house feels really disjointed.  For example, there are two bedrooms that come off the living / dining room and the lounge room – not the best from a privacy / noise point of view. 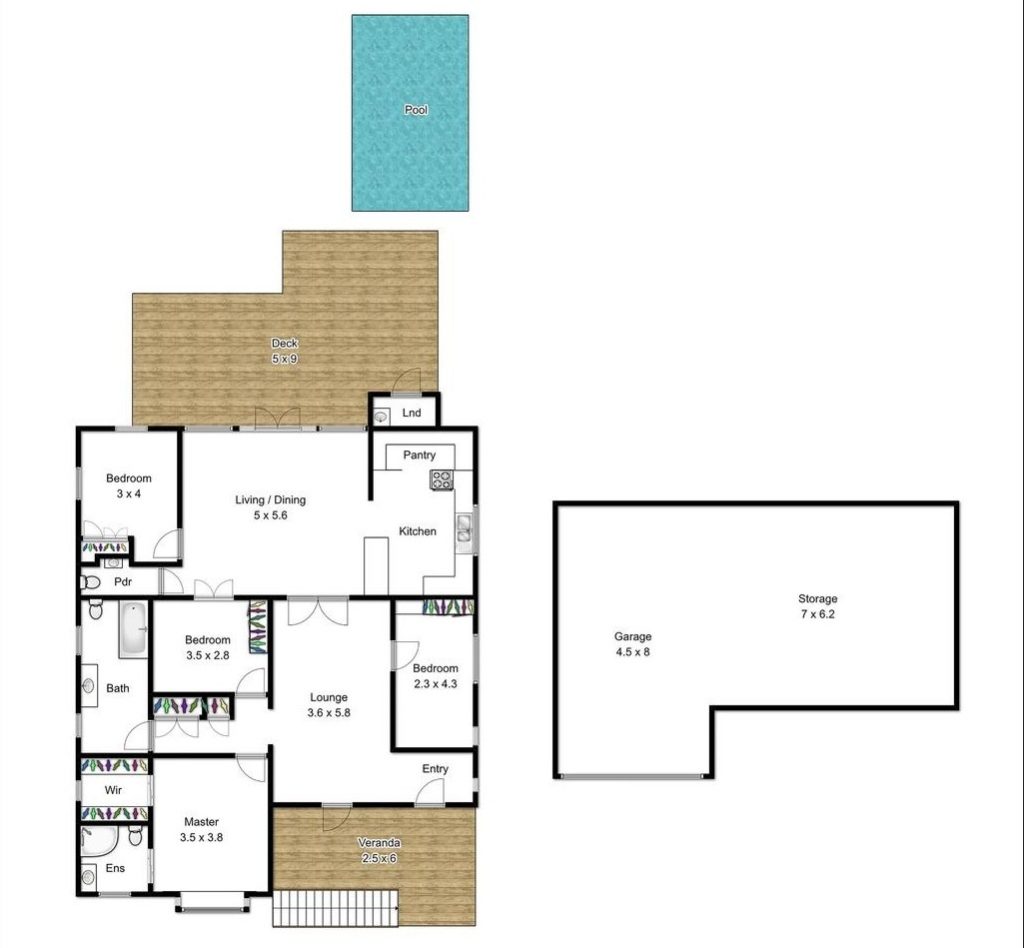 On entering the house, instead of being greeted by a long (and usually dark) hallway with rooms off to each side, it opens directly into the lounge room.  To the left is the entrance to the ‘bedroom wing’ and I wonder if this is where the original hallway was?  At the rear of the room, it opens up into another living area and then to the outdoors, with the block sloping up towards the rear of the property. 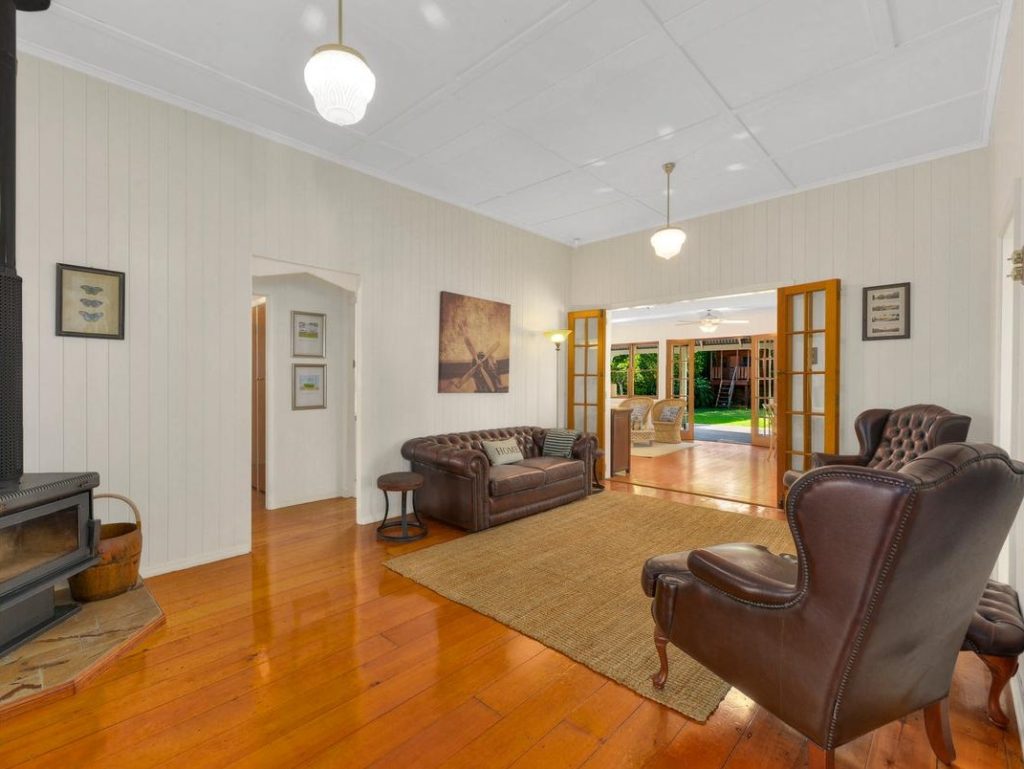 This is the rear living room.  The kitchen is to the right and another bedroom is to the left.  I do love the amount of light that fills this room – helped by the addition of a skylight. 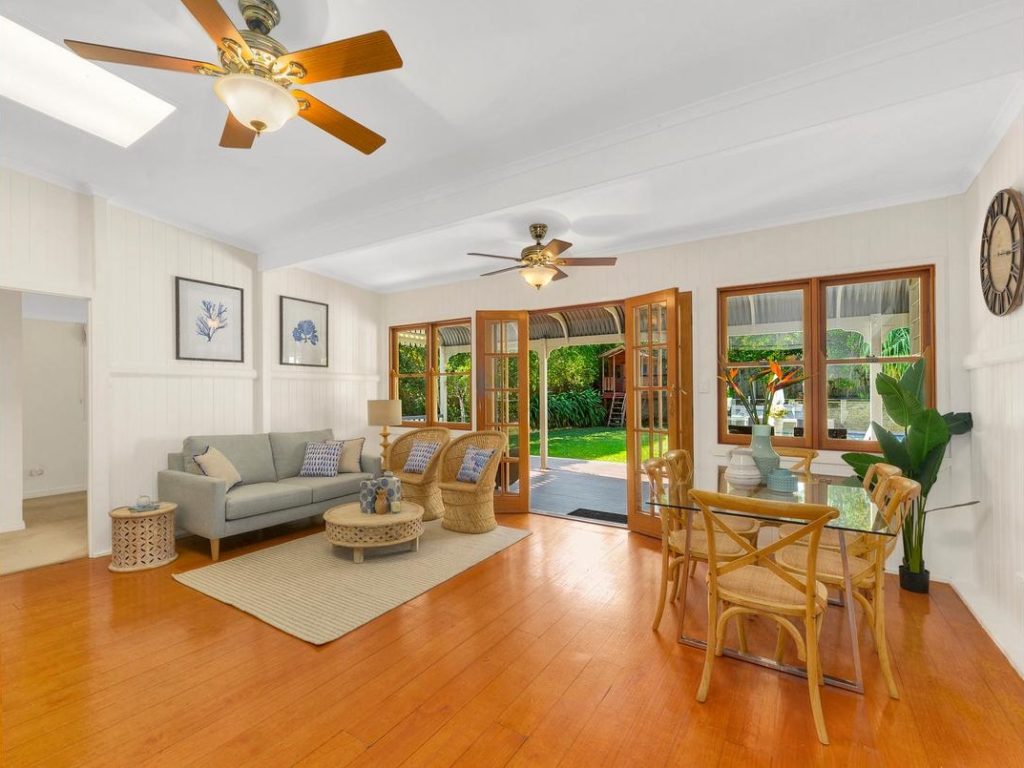 The front bedroom is lovely with a neutral colour scheme and a gorgeous bay window that looks out over the front garden. 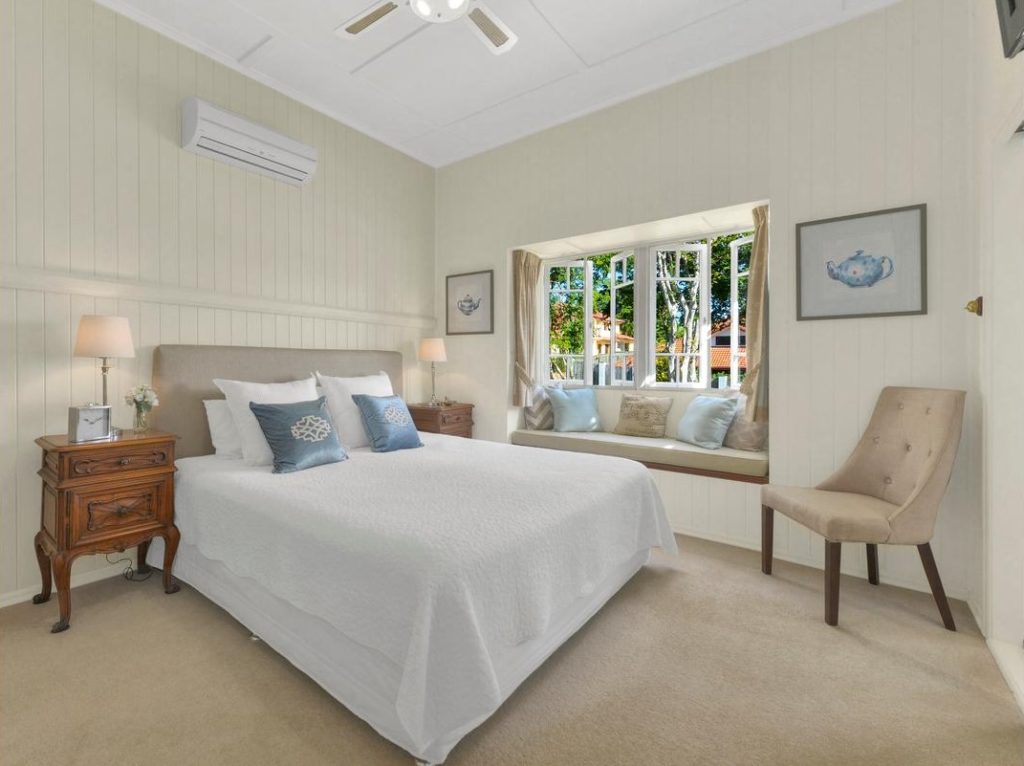 Once we step outside, my heart is so happy!  The decking and the bullnose roof is perfect for summer entertaining.  Most of our neighbours around us had pools.  It was torture in the summertime when I would hang the washing up on the line in the oppressive, scorching sun and I could hear the sound of kids splashing in the water. 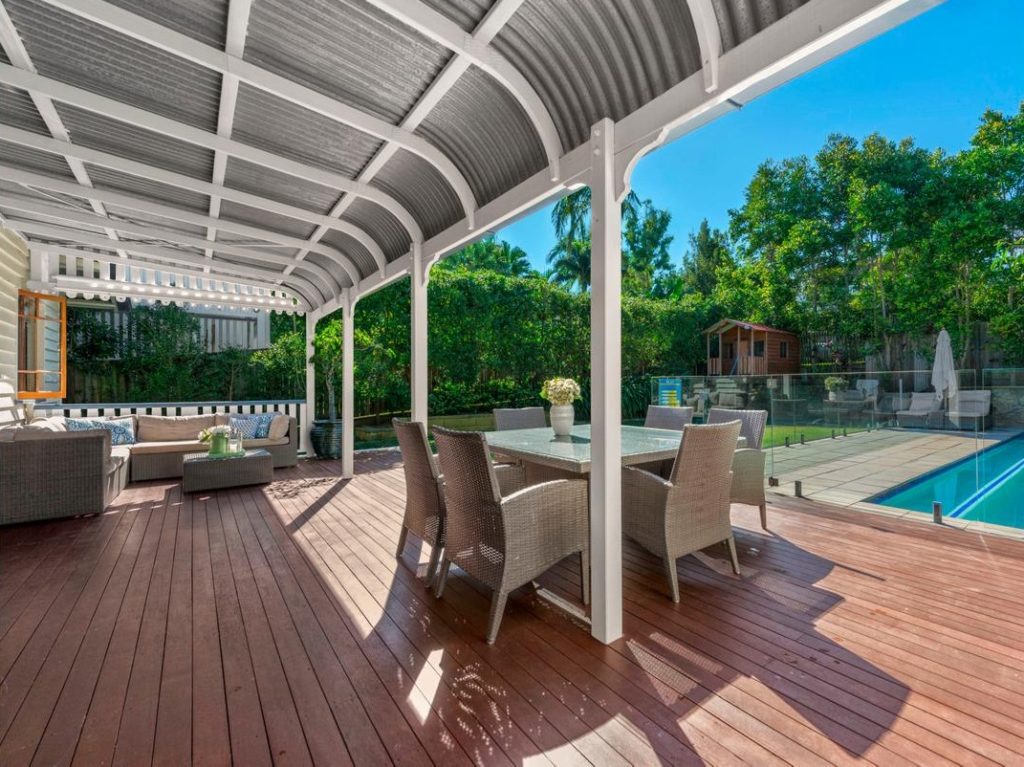 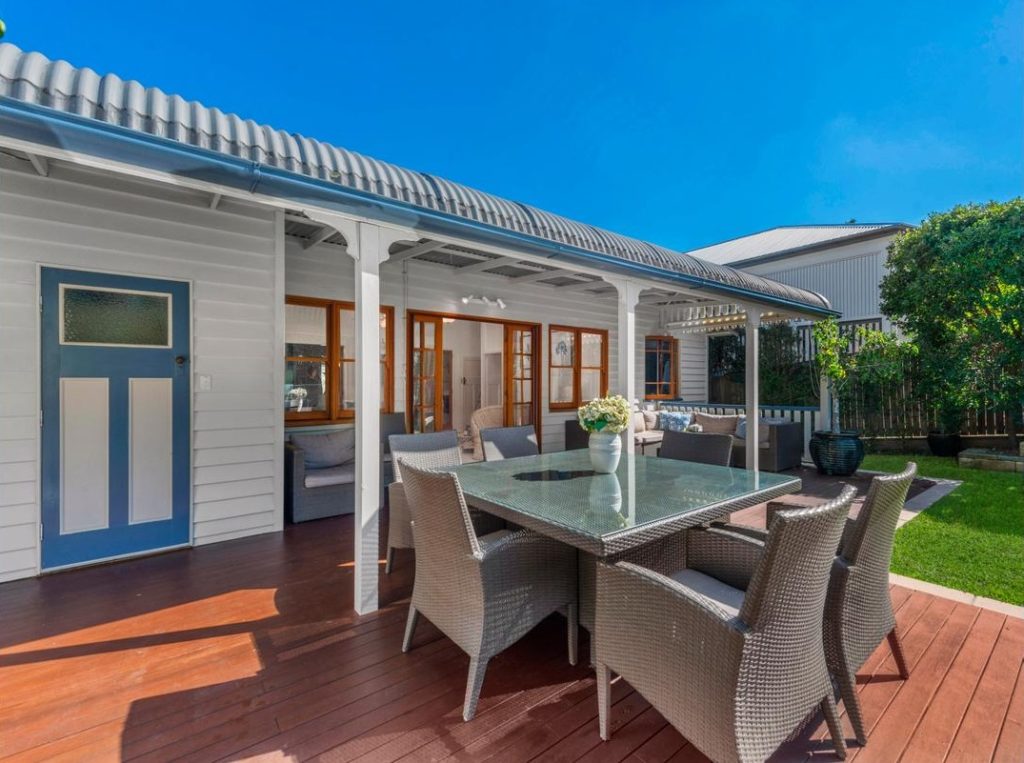 I’ll leave you with the view of the pool and that green green grass.  It’s been fun realestalking our old neighbourhood.  One day we might make it back there. 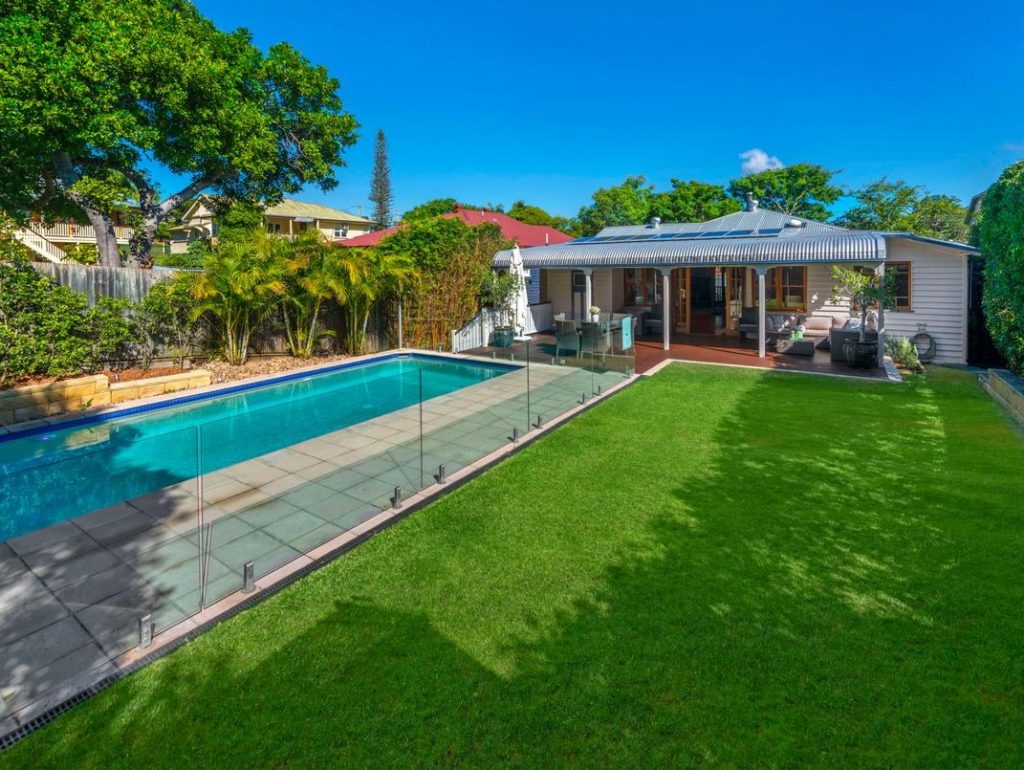